Norwich Film Festival had the privilege of speaking with Hollywood actor Alfred Molina who returns to London this summer to reprise the role of artist Mark Rothko in John Logan’s play Red. This tremendous play is taking place at Wyndham Theatre until the end of July 2018.

Molina recalls in our conversation that this is the third incarnation of the play and the fourth time he’s played Rothko.  Whilst discussing this role, he’s clearly very excited about the play and he’s delighted to be returning to the role.  Molina who has been living in Los Angeles for 25 years, explained that ‘It is very nice to be back in London’ and sees himself more of a visitor but can still offer the odd tourist directions if asked.

Whilst looking through the back catalogue of Molina’s credits, it is very clear to see why he has become one the greatest British acting exports we have. He’s starred in array of dazzling films from Blockbusters including Raiders of the Lost Ark and Spiderman 2 to more Independent based projects such as An Education, Frida and Love is Strange. Having conquered the world of Film, TV and Theatre he’s now taking on the role of Short Film Judge at this year’s Norwich Film Festival. Molina explained ‘It is a great compliment to be invited to judge. I think Short Films are a really important medium and I am delighted to be part of this year’s jury’.

As you can imagine we are delighted to welcome him to this year’s judging panel and it was a real privilege to have the opportunity to conduct this short interview with this fine actor.  So firstly…..

NFF: Was it always your ambition to be an actor?

AF: Yes it was, the family legend goes that when I was 9 years old I said those fatal words “I want to be an actor”.  I cant believe I knew exactly what I was talking about at that age. But I do remember seeing the movie Spartacus and that having a huge impact on me and it made me realise that’s what I wanted to do and I knew I wanted to be part of that world. As I got older, I got into school plays and one of our English master’s was a man called Martyn Corbitt – he started a drama club and I just lived for this club. By the age of 14/15 – I knew this was for me and as I got into the National Youth Theatre at 16 – acting was the only thing I could think of!

NFF: Having achieved success in Film, TV, Stage – what attracts you to the roles you play?

AF: It is always the story and the character. It’s that simple. There is something about a character or story that just intrigues me and then you look deeper into it and it captures your imagination. For me, there is a process where I just start to see myself in the role and if this happens it becomes a much more serious endeavour.  That was previously what happened with Red. I remember when I met Michael Grandage (director) in New York and at the time he was running the Donmar and as we discussed London, Theatre and how much of a nice space the Donmar was… he slipped me a brown envelope across the table and told me it was a play. I took it away and read the script and by page 9 or 10, I said “shit; I need to do this”.

NFF: Thinking of all the roles you have been involved with are there are any particular ones you are most proud of?

AF: There is always one or two roles that you go – that was a good one. My first paid gig as a performer was in 1975 and that was 43 years ago. You do look back and think I shouldn’t have done that or I could have done that differently. I have never regretted anything. My criteria is to always stay employed.  I took whatever came up next. I was always concerned about staying employed.

NFF: It appears that you have an incredible work ethic and you are definitely one of the busiest men in Hollywood. How important is this work ethic?

AF: I recall my dad saying to me ‘real men don’t fight; real men pay their bills’. At the time I remember thinking that’s stupid, but the older I got the more I realised what he was talking about. Both my parents worked very hard and they lived pay packet to pay packet. That whole ethos of working and staying working was very crucial to them and I picked this up from them.

NFF: Spiderman 2 was a huge success and lots of people will know you from the role of Dr. Otto Octavious. What was your favourite memory of working on this film?

AF: Spiderman was the biggest thing I had done. I was very new to that level of filmmaking at that time and the actor becomes a much smaller part of the whole machinery. So much of it is about the technology and computer graphics. You have to take that on board and be prepared to serve the beast.  I remember being hoisted on cables 40ft above the sound stage floor just hanging there for minutes with Rosemary Harris (who played Aunt May) and someone opened the stage doors and we started swinging like leaves…. It was a lot of fun.

NFF: What are your favourite (and most challenging) things about working in an Independent movie?

AF: I love working on Independent films. Big tent pole studio movies are wonderful because you get a chance to make a decent pay packet and if you are lucky a decent trailer with people offering you cappuccinos! But at the other end of the scale, I have made films that don’t have any of that and the snack table is whatever was on offer from Price Club.   But ultimately, it is all down to the story. The moment of work in front of the camera and when the director says action – the work is exactly the same.  It doesn’t matter if you are doing a low budget movie or whether you are at some beautiful sound stage at Paramount.  The moment of the work is exactly the same.

The greatest advantage of Independent films, is that you have more chance of being creative and more of an opportunity for a collaborative atmosphere because it is down to fewer people. I have made movies for less than a million dollars in the States, which is still a lot of money.  It’s all a balancing act and there is joy and satisfaction to be gained from both Independent and Big Budget films. It just boils down to the material. Director Ira Sachs (Love is Strange, Little Men) is a good example of Independent filmmaking. He’s a fantastic director and he makes every penny count. He’s also worked with the same group of investors/producers over many years and he’s never let them down. He puts a lot of creative and artistic energy into it. His films are always critically acclaimed and appreciated by audiences.

Most big movies now;  you look at the number of people who have a right to an opinion and you end up making movies by committee. It can be very glamorous but also very tough.

AF: The next thing is acting on the jury for the Norwich Film Festival. I remember I was on the jury for the Tribeca Film Festival back in 2009 for the Short Films. It was a lot of fun. I remember the movies being very powerful and very New York centric. I have to say it is a great compliment to be invited to judge and I think Short Films are a really important medium and I am delighted to be part of this year’s jury.

NFF: Finally how important do you think Short Films are in today’s world?

AF: They are crucial. What goes into in the making of a movie is just as important as how long the film is. It’s a great way for young filmmakers to have a short as a calling card. I think making shorts is a much more effective way of transmitting your vision as a filmmaker, showing what type of stories you want to tell.  For instance if you are a writer and can generate your own work; making a Short Film is a fantastic way to break the ice and introduce yourself. 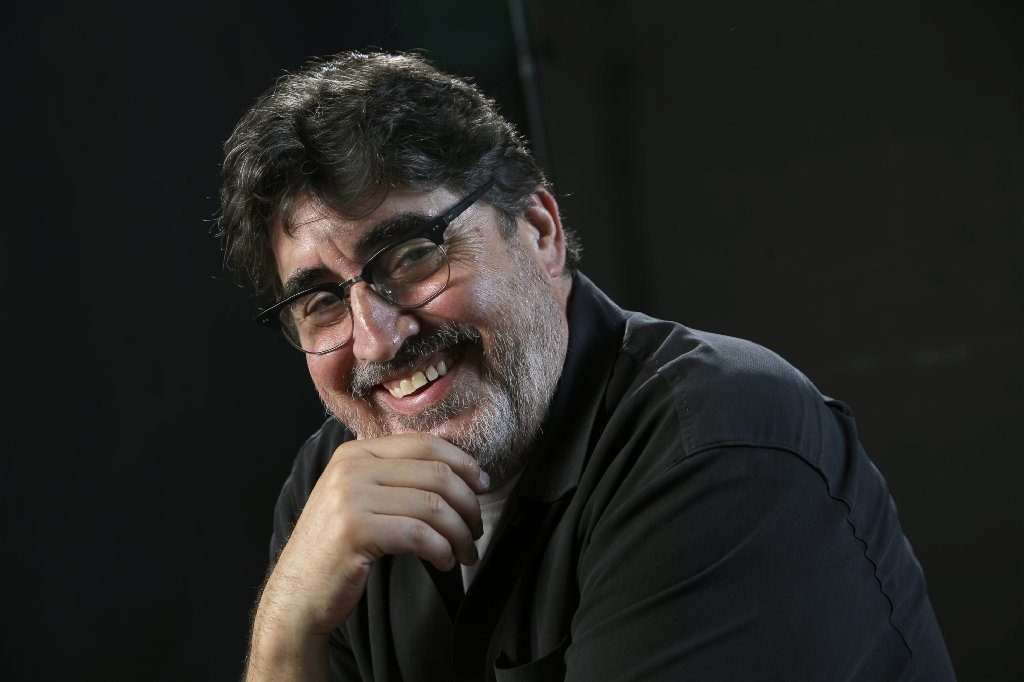