UK cinemas may have only just reopened two weeks ago, but that certainly doesn’t mean that the number of new releases has been slow to get back to the usual rate. From heartrending dramas to big screen musicals and British folk horrors, there’s something to appeal to all tastes this month – here’s our rundown of just 9 of them!

In Selected Cinemas from 4th June

The film follows Mary Hussain, a woman who converted to Islam when she married, as she deals with her husband’s unexpected death and a shocking discovery that soon follows. Featuring an exhilarating lead performance from Joanna Scanlan, After Love is not to be missed.

In Cinemas from 4th June

Also riding into cinemas on 4th June is Dream Horse, from director Euros Lyn and starring Toni Collette in the lead role.

The film follows a Welsh bartender (Collette) who trains an underdog race horse, Dream Alliance. With the support of her local community, she trains the horse with dreams of becoming a racing elite.

In Cinemas from 9th June

After debuting to audience acclaim on VOD in the US earlier this year, Nobody, the latest all-out action film from Hardcore Henry director Ilya Naishuller, comes to UK cinemas on Wednesday 9th June.

The film stars Bob Odenkirk (Better Call Saul) as a suburban father who finds himself thrown into a brutal path of destruction when his family home is broken into by thieves. Coming from John Wick franchise screenwriter Derek Kolstad, Nobody is a must for anybody looking to catch some high-octane action on the big screen.

Streaming on MUBI from 11th June

Shiva Baby is a darkly comedic story of a young Jewish woman who struggles to switch between different versions of herself at a funeral where she runs into a her sugar daddy, an ex-girlfriend and her parents.

This audience favourite which screened at TIFF and SXSW in 2020 to critical acclaim will finally release in the UK on Friday 11th June via streaming provider and distributor MUBI, alongside limited one-night-only cinema screenings on 9th June (exact locations are yet to be confirmed).

In Cinemas from 11th June

This boldly creative and heartbreaking drama follows an ageing man (Hopkins) as he and his family come to terms with his rapidly progressing memory loss. Zeller’s astounding direction and the powerful performances of the film’s cast make The Father a film not to be missed this month.

The Reason I Jump

Documentary lovers should ensure they make time to check out The Reason I Jump this month. This captivating and immersive film explores the neurodiverse lives and experiences of nonverbal autistic people, based upon the best-selling book by Naoki Higashida.

Following a successful festival run, The Reason I Jump arrives in Picturehouse cinemas from 18th June.

If you’ve been craving a big-screen musical spectacular, In The Heights certainly has you covered. Based upon Lin-Manuel Miranda’s Tony award-nominated musical of the same name, this vibrant musical is set in the Dominican neighbourhood of Washington Heights in New York, following a shop owner in search of a better life.

The film has already started receiving critical acclaim ahead of the release later this month, with reviewers praising its mesmerising setting and dance numbers, alongside songs you’ll be humming to yourself for years to come.

Definitely not to be confused with the similarly named In The Heights which lands in cinemas on the same date, In The Earth sees director Ben Wheatley (Kill List, Sightseers) return to his indie roots with a psychedelic folk horror starring Joel Fry, Ellora Torchia, Reece Shearsmith and Hayley Squires.

The film follows a scientist and a park scout as they journey deep into a forest on a routine check during a worldwide viral pandemic (escapism!). But as their journey progresses, the forest comes to life around them in unexpected and terrifying ways.

In Cinemas from 25th June

Saving one of the best until last (and also because this list is in date order), we urge you not to miss Supernova, the brilliantly powerful and emotionally devastating gay drama from director Harry Macqueen and the producers of 45 Years.

The film follows two partners, played by Colin Firth and Stanley Tucci, as they travel across an autumnal England in their campervan, visiting family and meaningful places to them along the way. Along the way, they confront their differing ideas for the future, complicated further by the rapidly progressing memory loss of one of the men. We were lucky enough to see this during it’s festival run last year, and can assure you that Supernova is not to be missed. 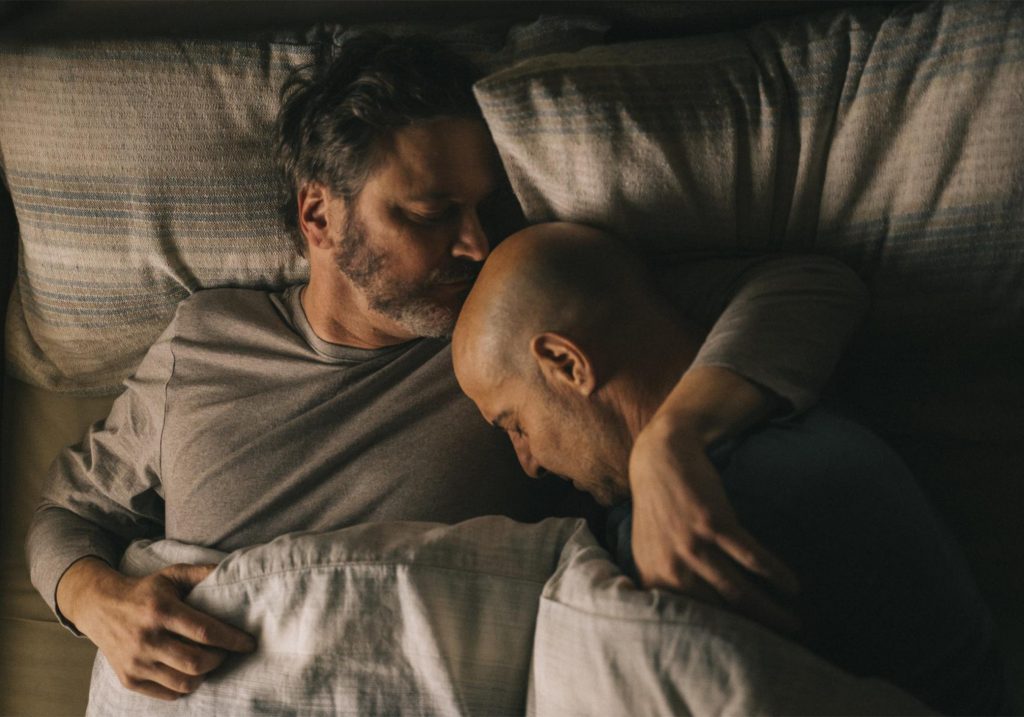