With cinemas reopening on the 17th May you may feel overwhelmed by choice as the release of new films coincide with the long-awaited big screen releases of films that came out on digital platforms during lockdown. This article looks at eight new films (without prior VOD distribution) receiving their UK release through cinemas in May and June.

Multiple BAFTA and Oscar winning films including Nomadland, Sound of Metal and Judas and the Black Messiah will all be released in cinemas on opening day, but those films have had their time in the spotlight (you can read more about where to watch them in our previous post here), so here are eight other films that are worth checking out.

Those Who Wish Me Dead (dir. Taylor Sheridan) – 17th May

Those Who Wish Me Dead is the new action-thriller from writer/director Taylor Sheridan, the filmmaker behind multiple of the last decade’s most compelling thrillers, working as screenwriter for Sicario and Hell or High Water, as well as 2017’s riveting Wind River where he also served as director. With these films in mind, Those Who Wish Me Dead has promise as the perfect film to welcome back the big-screen experience, and with it, Angelina Jolie in her first non-family film role in over five years. Based on Michael Koryta’s book of the same name, Jolie plays Hannah Faber, a smoke jumper (a.k.a. the most badass type of firefighter out there) in the forest wilderness of Montana who is charged with protecting Connor (Finn Little), a 12 year old boy on the run after witnessing his father’s murder. Pursued by the two assassins (Nicholas Hoult and Aiden Gillen), the film makes the most of a volatile landscape as forest fires heat up the tension, creating more obstacles for the pair. The film looks like a rousing fight for survival against both mankind and the elements, but with Angelina Jolie we’re sure Connor will be in safe hands.

Finally, First Cow is getting a UK release! Screening to critical acclaim in US festivals in 2019, and on VOD platforms there in early 2020, it has taken over two years for Kelly Reichardt’s new film to arrive here in the UK. This is both a blessing and a curse as we have the pleasure of a great deal of anticipation, compounded by the film’s ranking in third place on the BFI top 50 films of 2020. First Cow seems like it is tailored to the cinema experience, as a film with a pensive, measured pace that can only benefit from such an immersive viewing mode. The film follows Cookie (John Magaro), a cook travelling along the Oregon Trail in the 1820s as he meets and becomes enveloped in the affairs of multiple characters along the way. This includes the eponymous cow, a prized possession of a wealthy landowner played by the dependably great Toby Jones. The film has been made endlessly intriguing by its star animal, played by a cow named Eve, who even received her own GQ profile! According to GQ, on set Eve enjoyed eating lots of apples and was apparently an attention seeker, ‘but never a diva,’ setting an example for all actors out there. 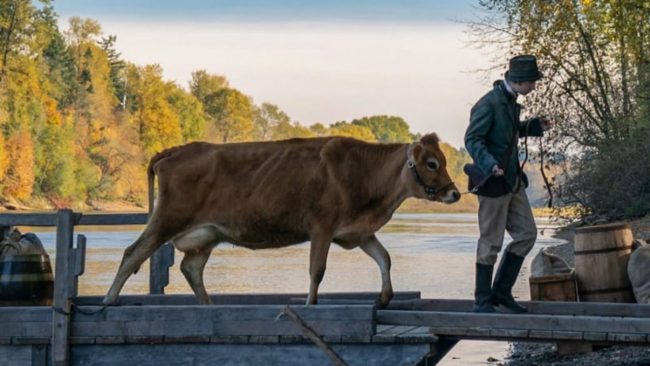 Looking for some peace and quiet at the cinema to take your mind off things? Well, Surge is not the film for you. Full of frenetic energy while also feeling stiflingly claustrophobic due to a camera that is often uncomfortably close and personal to lead actor Ben Whishaw, Surge is an exhilarating ride, earning its comparisons to the Safdie Brothers’ Good Time. This is Aneil Karia’s first feature, but the film is in good hands as he just received the BIFA award at the 2021 ceremony for Best British Short for The Long Goodbye starring Riz Ahmed. Surge is adapted from Karia’s earlier short, Beat (available to watch on Vimeo), also starring Ben Whishaw, and while at times you can tell the film had its inception as a much briefer piece of work, almost feeling as if it is stretched too thin, you cannot deny the rush it provides along the way. The film hinges on Whishaw’s compelling performance as a man working in a thankless job in Heathrow airport, fed up with the monotony of life, who suddenly decides to rebel. Taking place in one 24-hour period, we follow Whishaw as he recklessly moves through London, testing the boundaries of acceptable behaviour. Is it at times painful to watch? Yes, but that is also the film’s greatest strength.

What makes a more ideal film viewing experience than cowering in your seat in the pitch-black darkness of a cinema to enjoy the full force of a new horror film? The cinema is the only way to truly, and most viscerally, experience horror, and as UK cinemas reopen there is a good selection of new options to choose from. While we wait for the release of body-swap horror Freaky at the end of June, May sees new entries in two established horror series, with Spiral: From the Book of Saw opening on the 21st of May, and the Conjuring universe finally adding the third film to its central trilogy on the 28th with The Conjuring: The Devil Made Me Do It. While the series has found itself quite bloated by spinoffs such as the lacklustre Annabelle trilogy and The Nun, the Conjuring Trilogy has always remained strong due to the flawless pairing of Vera Farmiga and Patrick Wilson as everyone’s favourite paranormal investigator couple, the Warrens. Based on a real 1981 murder trial, the film introduces elements of courtroom drama into the mix as defendant Arne Cheyenne Johnson (Ruairi O’Connor) claims demonic possession as his defence despite being caught red-handed. The film’s director has cited Se7en as an inspiration (though what post-90s mystery isn’t said to be influenced by Fincher’s film) so expectations are high, but ultimately, seeing the Warrens on the big screen will surely make a worthy trip.

Earwig and the Witch (dir. Gorō Miyazaki) – 28th May

Normally a new film from legendary Japanese animation house Studio Ghibli would not need too much of an introduction, but with Earwig and the Witch they have tried something new, dividing fans globally. Why? They have made their first feature film using 3D CGI animation. This is not the first time Ghibli has played with a different style to the iconic look of classics such as Spirited Away or Porco Rosso, for example, their 2013 film The Tale of the Princess Kaguya employed a more painterly, water-colour influenced look. However, while that film embraced tradition, Gorō Miyazaki has looked to more current animation trends for this adaptation of Diana Wynne Jones novel. Following an orphaned girl who must adapt to her new and magical surroundings after being adopted by a witch, the story lends itself perfectly to animation (3D or otherwise) to capture the fantastical world of magic and mystery. The film’s English language voice cast features some exciting names including Richard E. Grant and Dan Stevens as Thomas, the witch’s indispensable black cat. Ultimately, a new Ghibli film is never one to miss, and if you are wondering whether the new style works or not, you will just have to go and see it to find out! 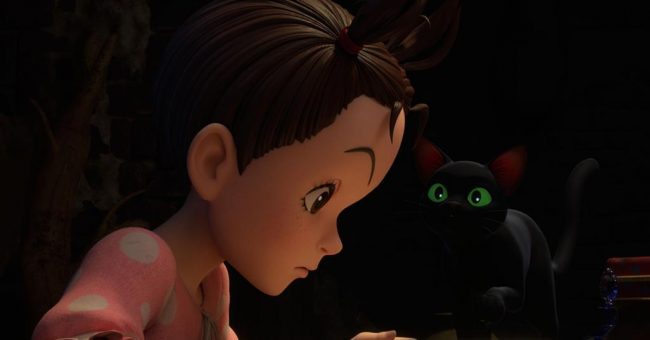 The Reason I Jump is a documentary that demands to be seen on a cinema screen with the finest audio system, as the film aims to immerse the audience in its exploration of five individuals’ experiences of non-verbal autism, attempting to replicate elements of the sensory experience through its sound and visuals. The film is guided by narration from the seminal book that gives the film its name, written by 13-year-old Naoki Higashida as a way to express his own personal experience of the world. This is then coupled with beautifully composed visuals and the stories of five families situated all around the globe, from the United States where we meet close friends Ben and Emma, to Jestina who lives in Sierra Leone. By showing such a multitude of experiences, the film demonstrates that while Higashida’s book uncovered elements of shared thought processes and feelings, there is no singular experience of non-verbal autism. The film is elucidating and takes an approach that is at times very moving, yet it never feels overly sentimental or condescending. It is not only worth your time, but definitely worth experiencing at the cinema. (Also, if you would like to read about the film from the perspective of a reviewer with autism there is this well-written review)

Wildfire is an engrossing tale of sisterhood in the face of national and personal trauma as the fraught relationship between siblings mirrors the fracture and political tensions in the film’s Irish border-town setting. Director Cathy Brady, who is from Northern Ireland herself, uses the rural landscape to its full force, acknowledging its beauty but also its isolating effect. The two sisters are played by Nora-Jane Noone and Nika McGuigan in a pair of engrossing performances that make the complicated sibling bond between them feel so volatile yet so lived in. Kelly is the estranged sister returning to Lauren’s life after a year without contact, throwing her world into disarray. The film explores the difficulty of reconciliation, as both sisters struggle to find common ground in the shadow of their mother’s death that has affected them in vastly different ways. McGuigan is a magnetic screen presence, made all the more affecting as unfortunately this is her final role having sadly passed away since Wildfire finished filming, but she delivers an unforgettable performance. The film is a great example of a small-scale production that leaves a tangible impact. 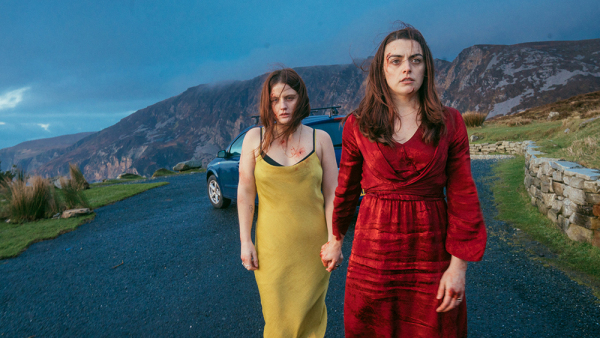 When it was announced that Ben Wheatley had made a virus-inspired horror film mid-lockdown the mood was definitely apprehensive. Despite the surge in Contagion rentals, the general attitude is that no one wants to see a pandemic inspired film when we already have to live through it! Though Host used the circumstances to a brilliantly terrifying effect through a video-call séance gone wrong, Doug Liman’s lockdown heist, Locked Down received thoroughly mixed reviews, and the less that is said about Songbird the better… However, Wheatley’s film marks his long-awaited return to the low-budget folk-horror genre that he made his name in with Kill List and A Field in England. The film has a great cast of British stars including Hayley Squires, Joel Fry, Ellora Torchia and Reece Shearsmith, as characters all intersecting in Arboreal Forest, the location of a remote research hub far from the deadly virus that is taking over the world. In the end the pandemic setting serves as context for the film but not its true focus, instead that belongs to the unruly forest and its unknowable contents. It is stylish, chilling, violent, mesmeric, gory, and absolutely unmissable. 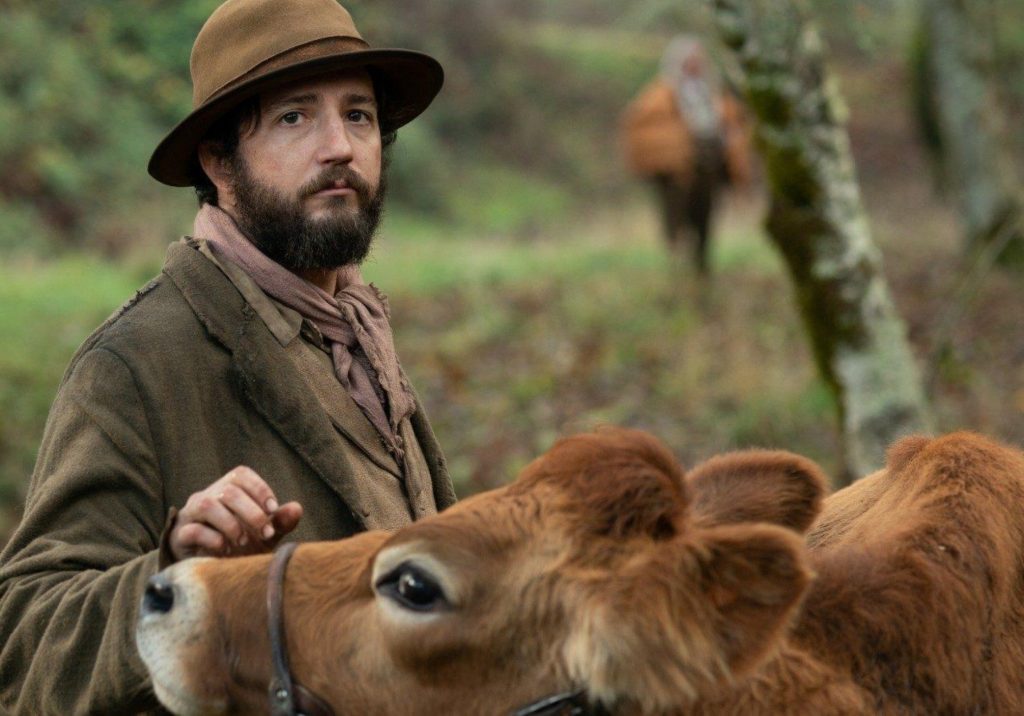