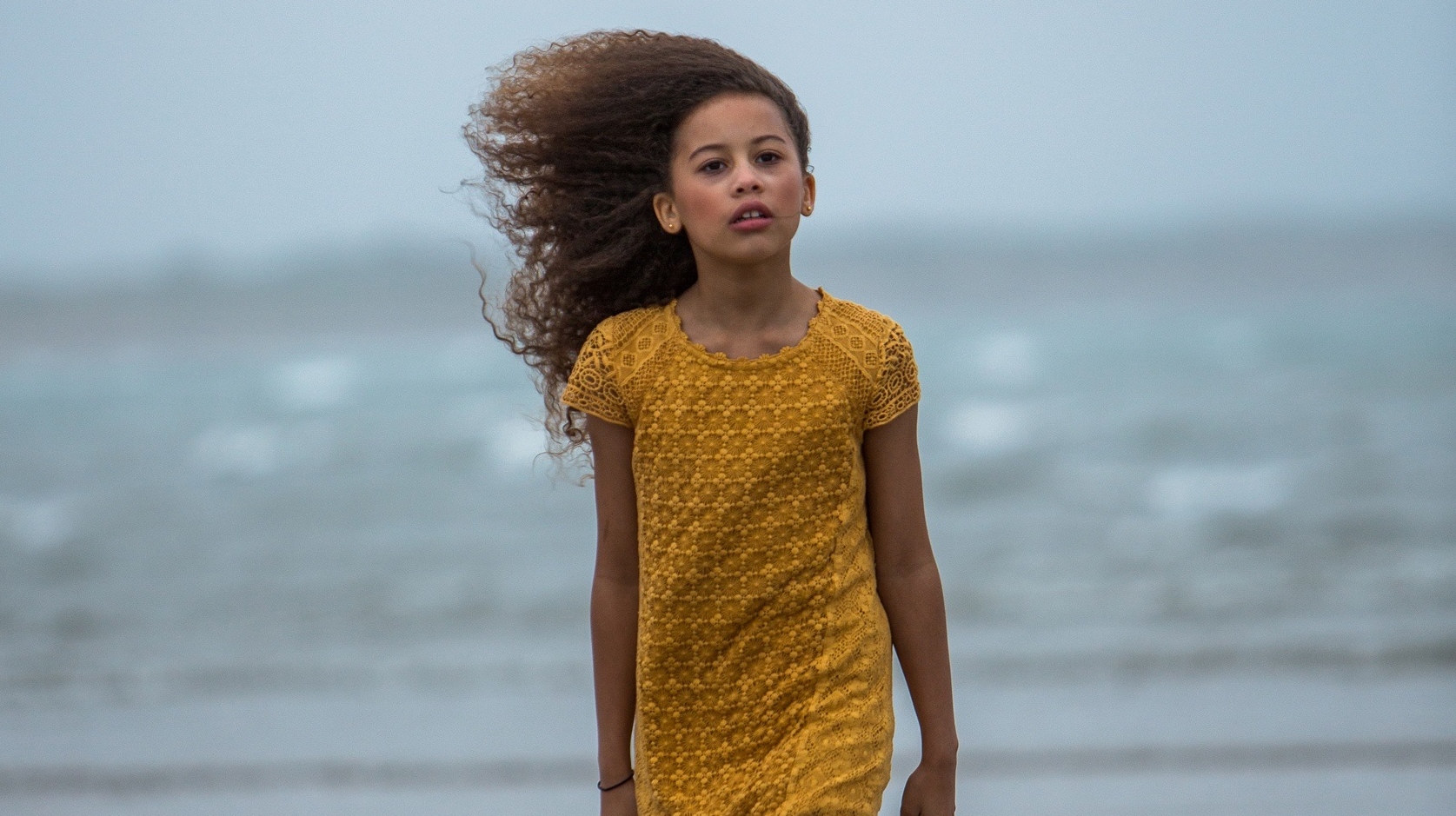 SYNOPSIS: Battling infertility and failing to cope with the breakup of his relationship, Terry is plagued by recurring nightmares and a profound uncertainty about his future. When a chance encounter with his ex-reveals he’s been permanently left behind, Terry is forced to confront his anxieties head on.

STORY: The Crossing is a psychological drama about Terry, a delivery man who, after discovering he was unable to have children, finds himself alone and struggling to cope with the breakup of his long-term relationship. Now Terry has resigned himself to a life of bitter isolation without a future. Bottling up his feelings and suffering alone and in silence, Terry is plagued by a recurring dream of a little girl on an empty island she’s desperate to leave. On a routine morning collection from his local depot, a package with his long since seen ex-fiancée Kesh’s new address lands on his lap, filling Terry with the hope of a fresh start…
Seeing this an act of fate, Terry sets out on a journey to the island where Kesh lives in order to put things right. But when he finds her Terry is shocked to discover that Kesh has not only moved on but now has a child of her own. This sets off a chain of events that plunges us deeper into Terry’s past, his mind, and his recurring dream until things begin to merge in a way that allows Terry to make a decision that will change his life forever.

PRODUCER: Garry Paton is a Scottish producer based in Manchester. After setting up film production company, Finite Productions, he has produced an array of short films, some of which have gone on to be selected at festivals worldwide including Edinburgh International Film Festival and London Short Film Festival.
His filmmaking has progressed to a bold, cinematic and entertaining style of story-telling which has been strengthened by his work on Creative England and BFI-backed short film, The Crossing, which was shot in Manchester and North Wales. Garry’s strong work ethic, determination to tell gripping stories and keen attention to detail ensures that his entertaining and thought-provoking films will excite audiences.

DIRECTOR: The Crossing is written and directed by up-and-coming Bradford filmmaker, Jack King, who recently wrote and directed Pit Stop with the support of UNESCO’s City of Film initiative. It subsequently premiered at London Short Film Festival. The film starred Aqib Khan who is known for West is West. Before making the move into shorts, Jack made his name directing music videos with a strong, narrative bent for the likes of EMI, Universal and other major labels under representation by world-leading agency ‘colonel blimp’ among others. Jack has amassed over a million views on his work which saw regular acclaim from the likes of Vimeo staff picks, hunger TV, 1.4, young directors award, promo-news and Vevo.
Jack is interested in telling layered stories with real issues and locations at heart, films with a social-realist filter but expanding into imaginative and often dark, hyper-real situations which reveal real psychological and emotional truths about the characters in them. Stylistically Jack uses and experiments with genre and tone to tell a story in an original and surprising way.

DIRECTOR’S STATEMENT: The idea behind writing The Crossing came, potentially, out of the fact that I am reaching an age where having kids is a notion that’s becoming more noticeably a part of everyday dialogue. I’m asked about it in conversation, I notice just walking through town that most new parents are either the same age or more often younger than me. There has been a definite shift in the last few years as I find myself reaching ‘parent’ age, and I’m aware of the fact that many people have not only dreamt about parenthood for a long time, but naturally centre a large part of their identity on themselves as a parent when they become one. This is when they come into their own, fulfilling maternal and paternal potential is a large part of how some people are validated, how some are given a new sense of deeper purpose in their lives, and so I became interested in what might happen to a person when they learn that they will never tap their potential, they will never get that sense of purpose or validation through becoming a parent. Ultimately the desire to have children is the one of most natural impulses we all share, it is a product of the hard-wired, biological mechanics that drives us, both on a conscious and subconscious level, and so I wondered if in some way, a sufferer might experience a kind of existential depression with the death of their genetic legacy.
It’s not often that we see the male perspective on this, and the reason I wanted to position the film from a male point of view is that, given the stats, I wondered why infertility is more commonly seen as a woman’s problem, with men remaining relatively silent on the issue. The more I dug the more it became clear that infertility can erode some men’s sense of virility, despite the fact that there is no evidence that the two things are genetically linked.
The subsequent sense of shame, inadequacy and even jealousy might cause a man to try and repress his feelings, perhaps for fear of being judged by society or giving cause to his feelings of inferiority. I wondered about the destructive impact that male responsibility could have in a relationship where the female partner desires and is able to have her own genetic child. Without the potential for in-vitro fertilisation or the dependable support and insight of their male peers, I wondered whether this could drive a man to become isolated and alienated. Regardless, a desire so ingrained into the very fabric of our DNA would be hard to repress, and I wasn’t surprised to find that it can surface in other ways, on a subconscious level. I read about men who talk candidly about becoming plagued with visions of a child, both in their dreams and waking lives, and so this struck me as a psychologically and visually rich starting point for the film’s central motif.
What is interesting about Terry is that he’s a man who not only prides himself on his masculinity, but has a strong paternal instinct and isn’t equipped with the reasoning and emotional faculties to deal rationally with the profound fallout of infertility diagnosis. As a result he has fallen into a deep depression. Thinking about all of these issues and how they might impact Terry in his past, his present and his dreams has helped me to create a three dimensional character who I want to take on the painful but cathartic journey of facing up to his problems and finding a way to move on with his life and attain a renewed sense of hope in the face of childlessness. 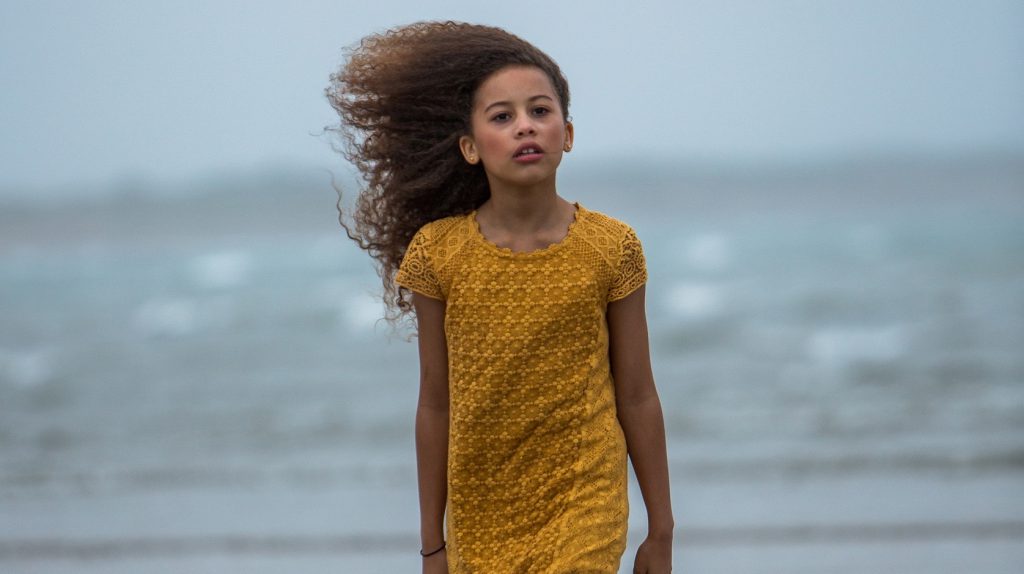