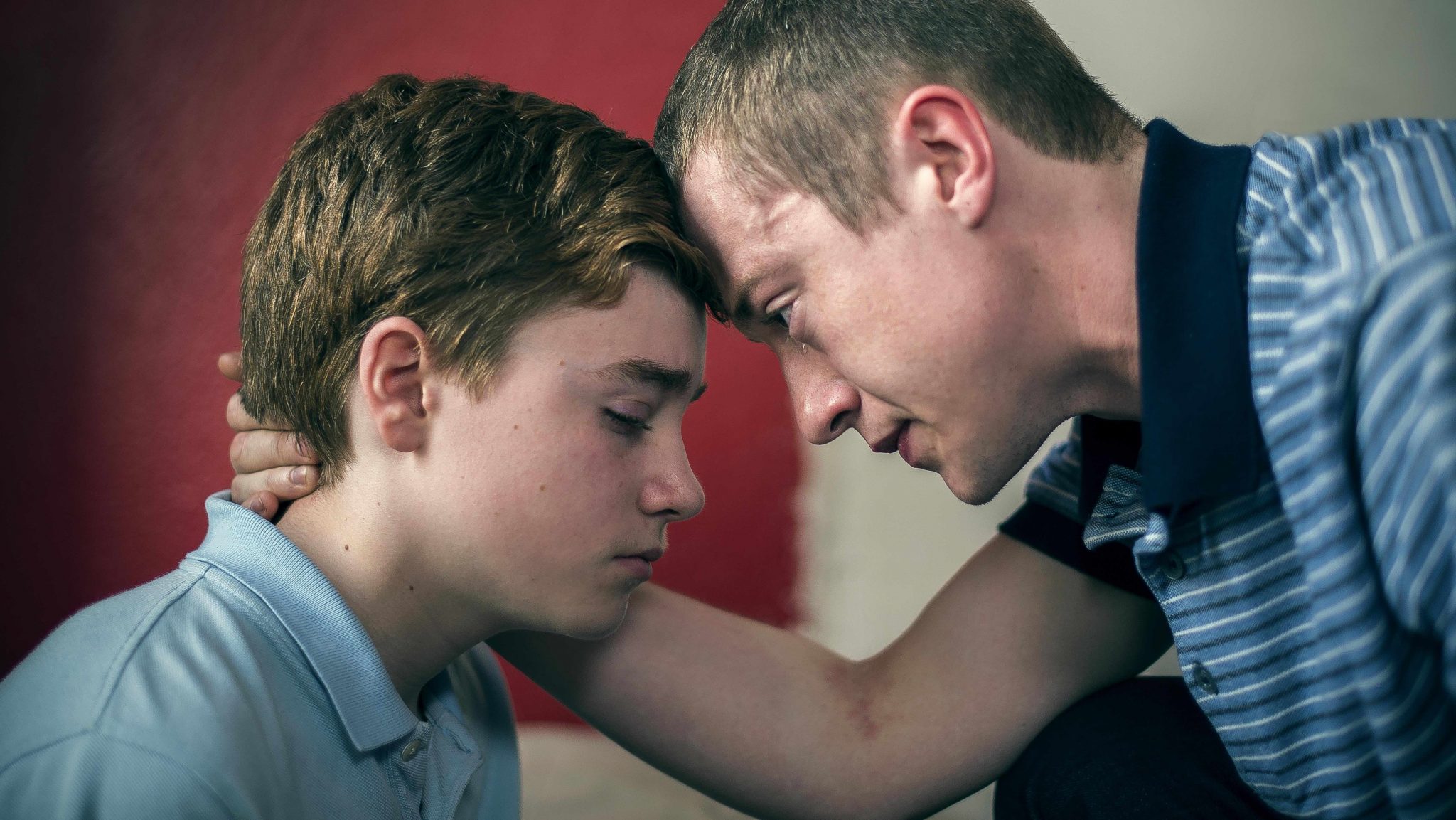 SYNOPSIS: Kin tells a story of the relationship between two brothers raised in the children’s care system, and the turning point they face when told their application for a kinship care arrangement has been denied.

STORY: Based in part on personal experience, KIN is set against the backdrop of a care system in which limited resources and free-falling adoption rates mean children who enter the system after the age of 14 are significantly less likely to find a foster family. Unspoken rules determining who is suitable for adoption can put unimaginable pressure on kids like Harry, our protagonist’s 13-year-old brother, as they face a ‘now or never’ moment in their early teens – fully aware that older they become, the less suitable they are deemed for adoption. It’s a feeling no child this young – and very much still vulnerable – should have to face.

Playing out in the outskirts of Bristol, our film follows Harry’s older brother Jamie dealing with the rejection of his application for kinship care. Over the course of the film, Jamie is forced to come to a difficult realisation about what the best option might be for his brother.

The film highlights the chasm between growing up with a family and growing up institutionalised, framing this distinction through the intimate, powerful, and universally relatable bond between two brothers. As Jamie, our protagonist, is forced to accept difficult truths, a story emerges about learning to put aside what you want in order to do what’s best for your family. In Jamie’s case, it’s the only family he has ever known.

DIRECTOR’S STATEMENT: In Britain, a child enters the care system every 22 minutes, and as this child grows older their chances of being fostered or adopted can dwindle. In part due to limited resources, but also due to unspoken rules that deem children past a certain age ‘unfosterable’, it can sometimes be considered too late for a 14-year-old like Harry – our protagonist Jamie’s younger brother – to assimilate into a ‘normal’ family environment. Children like this can often live out the rest of their adolescent lives in residential care, fully aware that their chance to find someone to take them out of it has most likely passed. It’s yet another pressure on some of the most troubled and vulnerable children in our society, and Samuel Bailey’s script, inspired in part by a close family member’s experience of working in this system, deals with this in a sensitive and moving way. It tackles this crucial stage in Harry’s life, and in doing so shines a light on the human stories behind the cases and headlines. Family drama on this scale is taking place behind closed doors all over the country – and in fact the world – and hopefully with this film we can go someway towards humanizing and highlighting the plight of these children, who occupy an otherwise unknown and rarely covered corner of society. It’s also film I hope anyone can relate to – exploring the notion that what you want for your family isn’t necessarily what’s best for them, and how having to make enormous sacrifices for those you love can be the hardest challenge of all.

DIRECTOR’S BIOGRAPHY: Director Helena Middleton is a director and founding member of the internationally acclaimed theatre company The Wardrobe Ensemble, a group dedicated to creating devised ensemble based theatre. Shows include the touring productions RIOT (National Theatre: The Shed, UK/US tour 2011-2014), 33 (Bristol Old Vic, 2013), and 1972: The Future of Sex (Edinburgh 2015, UK tour, ***** The Stage, **** The Guardian). She has several shows which are currently touring including Eloise and the Curse of the Golden Whisk (Greenwich Theatre London, The Egg Bath) and The Star Seekers (Theatre Royal, Plymouth). Other recent theatre directing credits include Little Tim and The Brave Sea Captain (Bristol Old Vic Christmas show 2016), Edgar and the Land of Lost (Bikeshed Theatre), and Sink (Wardrobe Theatre, Canal Café Theatre); as well as The Oil and the Shard (Camden People’s Theatre), which she also wrote. Her next show with The Wardrobe Ensemble is Education Education Education which will tour to venues across the UK in Autumn 2017 and Spring 2018. Helena is also an English graduate of the University of Cambridge, where she directed over eleven productions, including Frost/Nixon, Last Among the Long Grass, Cambridge 24 Hour Plays (ADC Theatre); All in The Timing, A View From the Bridge, Samuel Bailey’s The Red Soil (Corpus Playroom); and The Marlowe Society’s Comedy of Errors (assistant director, Cambridge Arts Theatre). Kin is her debut short film.

WRITER’S BIOGRAPHY: Samuel Bailey was born in London and brought up in the Midlands before settling in Bristol. He is a playwright who has developed work with and been commissioned by such theatres as The Old Vic, Tobacco Factory Theatres, Theatre West and Bristol Old Vic. In 2015/16 he was one of the inaugural Old Vic 12, a prestigious development scheme for the country’s most exciting emerging theatre practitioners. He is currently developing new play Shook, and working on his second short film screenplay for Early Day Films.
Kin is a project stemming from his own experiences of growing up on an estate in a provincial town in the Midlands; specifically, from his mother’s experiences of working in children’s care homes. As an unashamedly dedicated film buff, Samuel’s long-term goal is to write more for the screen, in particular tackling stories that give a voice to underrepresented groups in society.

PRODUCER’S BIOGRAPHY: Having graduated from Cambridge in 2014, producer Tim O’Brien spent a year working as a development assistant and script reader for Heyday Films, having also spent time at Element Pictures and Big Talk. He produced a small number of short films whilst at Met Film School in 2010, and met Helena whilst studying at Cambridge. 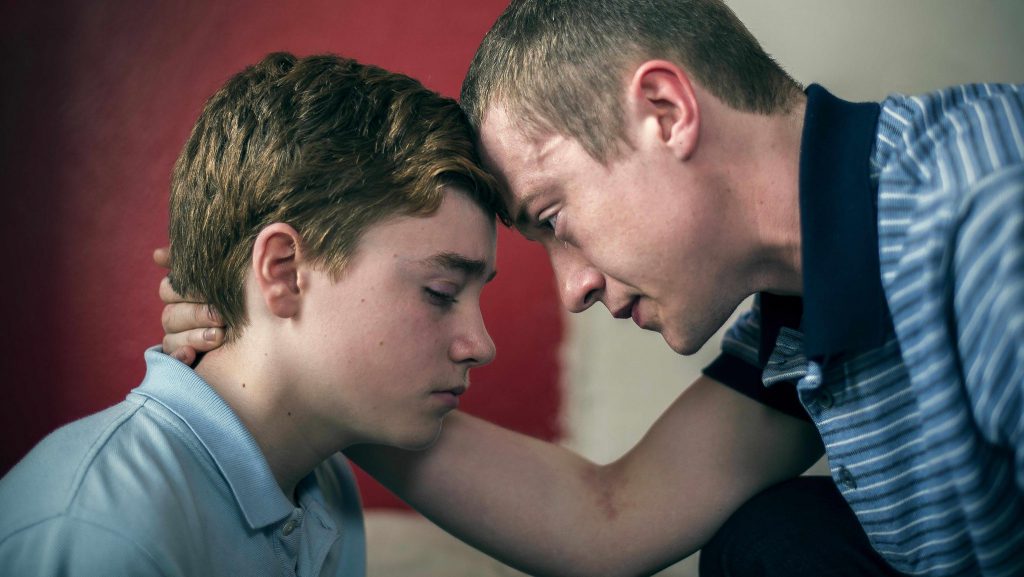